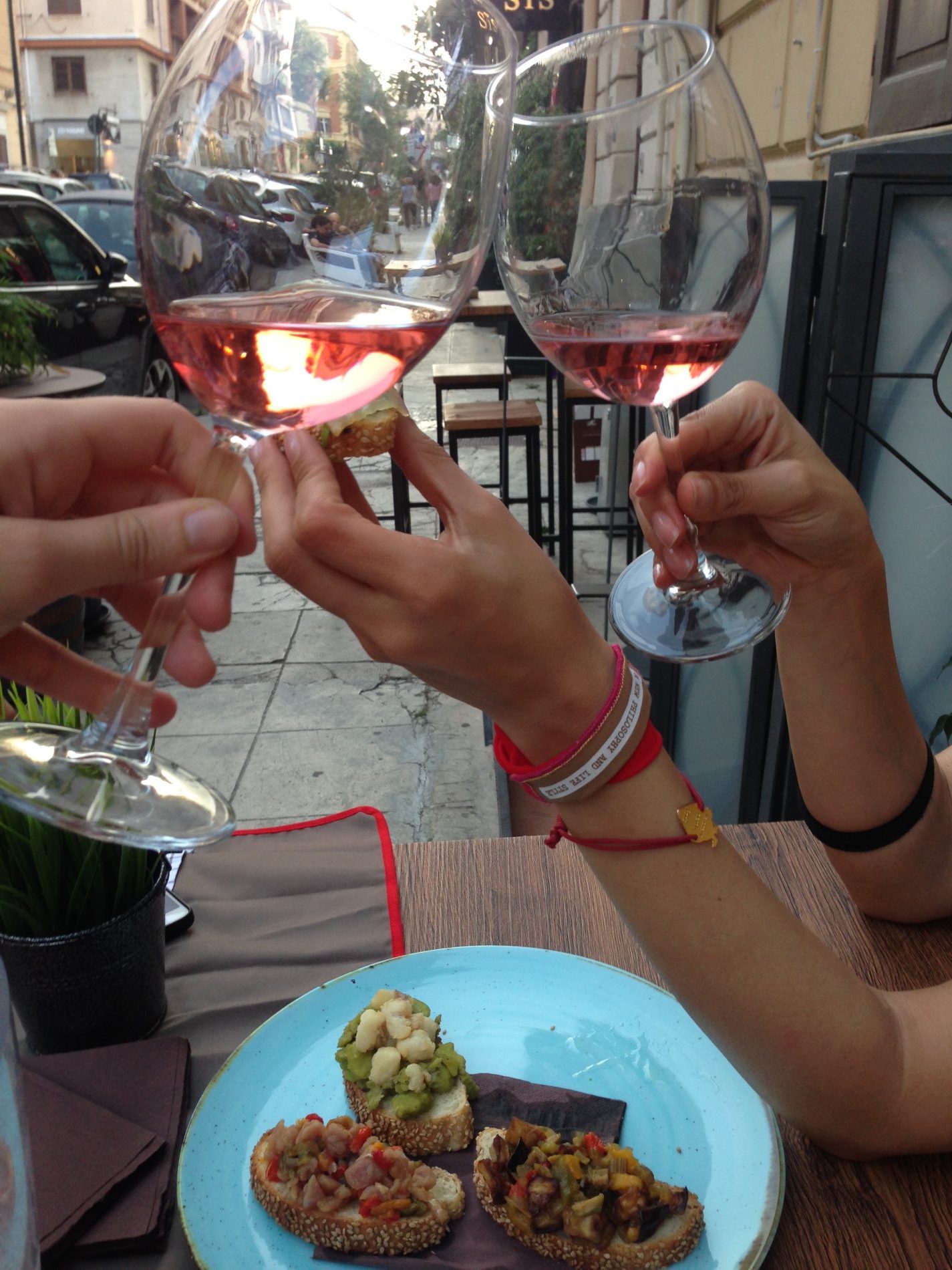 It is often said that “union is strength”, but if this union is composed of capable, stubborn, willful, well-prepared people who dedicate their time to do good only for the good itself? Well then here we can find volcanic people like Micol Ferrara who, with her joy for life, manages to combine more people together in a unique, appetizing and solidarity project “Inside / Out Shared Food”.

This project, which embraces the whole of Italy in a supportive embrace, is in favor of women who are in the district homes for minor crimes and supports the non-profit company of Luciana Delle Donne “Officina Creativa”. Food is the most appropriate vehicle to raise awareness of a topic that is often inconvenient to deal with, but which, on the contrary, by knowing it, one can understand how much humanity there is behind the walls of the prison. She is the founder and CEO of “Officina Creativa”, a non-profit company that deals with the reintegration of women in prisons and works through two brands: Made in Carcere and 2nd Chance and recently also a new product, Scappatelle , made by the people who are in the district houses of Bari and Nisida and are organic and vegan biscuits. Every year Micol loves to dedicate herself for free, but with all of herself, to a project in which she strongly believes and that above all embodies a fundamental concept “to do good only for the good itself”, and from here comes the collaboration with the non-profit organization “1 caffè” founded by Beniamino Savio of which the actor Luca Argentero is vice president. The non-profit organization supports assistance projects related to difficult situations, such as poverty, marginalization, racism, etc. and after having proposed the Inside / Out Shared Food project, with joy this was accepted. Taking advantage of the possible multimedia channels, on the home page of the site, or on Twitter, text messages, etc. from 3 to 9 June p.v. a coffee or a breakfast can be donated to Inside / Out Shared Food depending on the donation of 1 or 5 euros.

A series of events related to this initiative will begin. We will start from Turin on June 4th at 1.30pm at the “Du Cesari” Restaurant by chef Danilo Pelliccia with the initiative “Una Carbonara e un Caffè”, where, in addition to the legendary Chef’s carbonara, you can taste typical dishes of the Roman tradition like the Gricia with figs, Tonnarelli alla Nerone, Cacio e Pepe and Menta Nepitella. Danilo Pelliccia immediately enjoyed Made in Carcere project, in fact he and his entire staff wore the aprons sewn by the prisoners. During lunch, together with the general secretary of the non-profit organization “1 coffee” Silvia Meacci, Micol Ferrara will talk about the project and the mission of this initiative to which Danilo will offer the first 100 coffees. Then we will go to Sicily where two restaurants “Bastioni & Costanza” and “Enosteria Sicula” will open the doors of their restaurants to support the project.

On 7 June at the “Enosteria Sicula” of the restaurateurs Piero Scelfo, Danilo Ciulla, Massimo Rallo, an aperitif will be held at 7.00 pm where the bruschetta will be the highlight. From the most classic to the gourmet ones where the leitmotiv will be the freshness and seasonality of the product. All that is found fresh from fish, meat and vegetables, we will taste them in the finger food par excellence of our tradition, the bruschetta among which three in particular designed starting from the suggestions of the women who are in the district houses: sparacelli shrimp and lard, broad beans and crispy cod, white caponata and almonds.

Bruschette will be paired with wines from the winery Fondo Antico, from Trapani. Two fresh, joyful wines that recall the scents of spring, rebirth, the prelude to something new, good and beautiful: Aprile, a rosé of Nero d’Avola, and Dry Zibibbo Bello Mio.

The entire article can be found on CapriNotizie.it written by Maria Simeoli